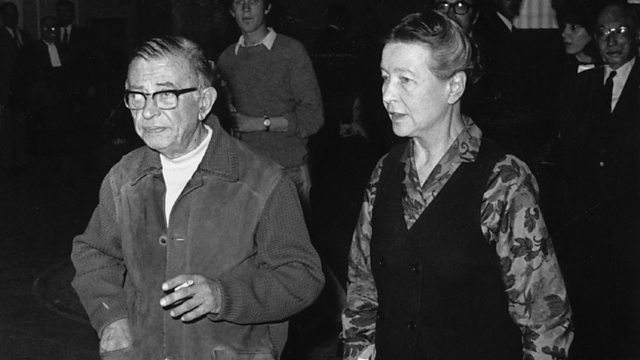 Melvyn Bragg and guests discuss Jean-Paul Sartre, the French novelist, playwright, and philosopher who became the king of intellectual Paris and a focus of post war politics and morals. Sartre's own life was coloured by jazz, affairs, Simone de Beauvoir and the intellectual camaraderie of Left Bank cafes. He maintained an extraordinary output of plays, novels, biographies, and philosophical treatises as well as membership of the communist party and a role in many political controversies. He produced some wonderful statements: "my heart is on the left, like everyone else's", and "a human person is what he is not, not what he is", and, most famously "we are condemned to be free". Melvyn Bragg and guests discuss how Sartre's novels and plays express his ideas and what light Sartre's life brings to bear on his philosophy and his philosphy on his life. With Jonathan Rée, philosopher and historia; Benedict O'Donohoe, Principal Lecturer in French at the University of the West of England and Secretary of the UK Society for Sartrean Studies; Christina Howells, Professor of French at the University of Oxford and a Fellow of Wadham College.