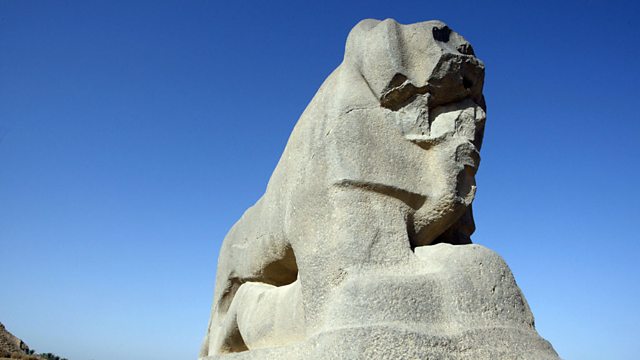 Melvyn Bragg discusses the truth behind Babylon, the world’s oldest and most enigmatic of empires; from the the Tower of Babel and the Hanging Gardens to the Whore of Babylon.

Melvyn Bragg and guests discuss the truth about Babylon. Six thousand years ago, between the Tigris and the Euphrates, the first cities were being built. The great empire to spring from the region was Babylon, which held sway for over a thousand years and in that time managed to garner an extraordinarily bad press: it’s associated with the Tower of Babel, with Nineveh where Jonah is sent to preach repentance and, perhaps most famously, with “Mystery, Babylon the Great, the Mother of Harlots and Abominations of the Earth” - the whore of Babylon, who in Revelation is taken to personify the city itself. It’s not just the Bible; Herodotus described the Babylonians as effeminate, lascivious and decadent as well.But what is the true story? Classics in this country has meant a study of Greece and Rome, but there is an increasingly vocal contingent that claims that Babylonian culture has been hugely undervalued, and that there is a great wealth of extraordinary literature waiting to be translated.With Eleanor Robson, Lecturer in the History and Philosophy of Science at Cambridge University; Irving Finkel, Curator in the Department of the Ancient Near East at the British Museum; Andrew George, Professor of Babylonian at the School of Oriental and African Studies.