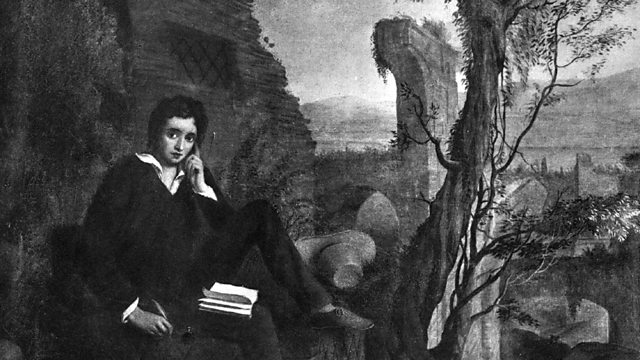 Melvyn Bragg discusses the poetry and idealism of Byron, Shelley and Keats, who all had unconventional lifestyles, strong affinities with southern Europe and classical Greece, and who all died young.

Melvyn Bragg and guests discuss the poetry, the tragedy and the idealism of the Later Romantics. There must have been something extraordinary about the early 19th century, when six of the greatest poets in the English language were all writing. William Blake was there and Wordsworth and Coleridge had established themselves as the main players in British poetry, when the youthful trio of Byron, Shelley and Keats erupted – if not straight onto the public stage, then at least onto the literary scene. The great chronicler of the age was William Hazlitt, whose romantic maxim was: “Happy are they who live in the dream of their own existence and see all things in the light of their own minds; who walk by faith and hope; to whom the guiding star of their youth still shines from afar and into whom the spirit of the world has not yet entered…the world has no hand on them.” How fitting an epitaph is that for the three great poets who all died tragically young? What were the ideals that drove them and how did their unconventional lifestyles infect the poetry they left behind?With Jonathan Bate, Professor of English Literature at the University of Warwick; Robert Woof, Director of the Wordsworth Trust; Jennifer Wallace, Director of Studies in English at Peterhouse, Cambridge.