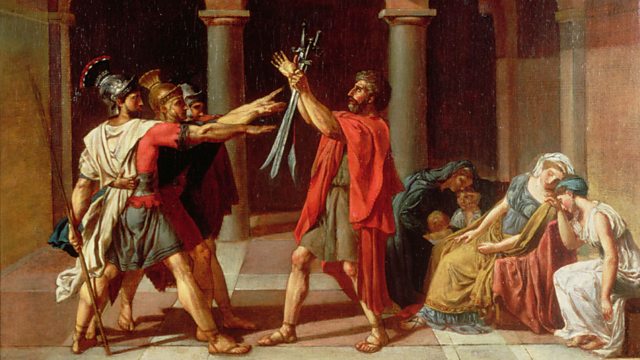 Melvyn Bragg discusses the importance of the oath in the Classical World, from Homer’s Illiad to the role oath-making played in the expanding Roman Empire.

Melvyn Bragg and guests discuss the importance of the oath in ancient Greece and Rome, The importance of oaths in the Classical world cannot be overstated. Kings, citizens, soldiers, litigants all swore oaths, inviting divine retribution if they proved false to their word. Oaths cemented peace treaties, they obliged the Athenian citizenry to protect their democracy, they guaranteed the loyalty of the Roman army to its Emperor and they underpinned the legal systems of Athens and Rome. And in Homer's epic poem, The Iliad, it is a broken oath to settle the dispute between Menelaus and Paris that leads the Greeks to storm Troy in pursuit of Helen. But how did the Classical world come to understand the oath? Why did oaths come to occupy such a central place in the political, social and legal life of the Athenian State? And what role did oath-making play in the expanding Roman Empire? With Alan Sommerstein , Professor of Greek at the University of Nottingham;Paul Cartledge , Professor of Greek History at the University of Cambridge; Mary Beard , Professor in Classics at the University of Cambridge