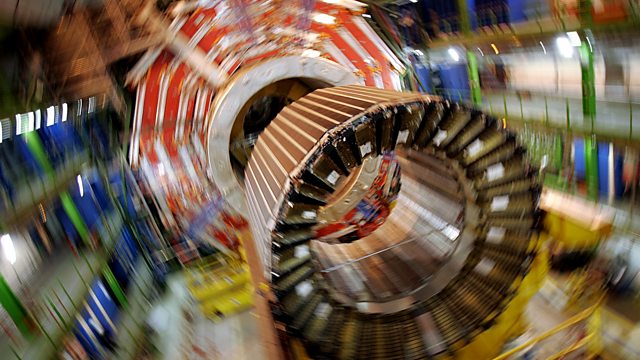 Melvyn Bragg discusses the search for the Graviton, a hypothetical elementary particle that offers a unifying theory of gravitational force.

Melvyn Bragg and guests discuss the search for the Graviton particle. Albert Einstein said "I know why there are so many people who love chopping wood. In this activity one immediately sees the results". Einstein spent the last thirty years of his life trying to find a theory that would unify electromagnetism with gravity, but success eluded him. The search is still on for a unifying theory of gravitational force and hopes are pinned on the location of the graviton - a hypothetical elementary particle that transmits the force of gravity. But the graviton is proving hard to find. Indeed, the Large Hadron Collider at CERN still won't allow us to detect gravitons per se, but might be able to prove their existence in other ways. The idea of the graviton particle first emerged in the middle of the 20th century, when the notion that particles as mediators of force was taken seriously. Physicists believed that it could be applicable to gravity and by the late 20th century the hunt was truly on for the ultimate theory, a theory of quantum gravity. So why is the search for the graviton the major goal of theoretical physics? How will the measurement of gravitation waves help prove its existence? And how might the graviton unite the seemingly incompatible theories of general relativity and quantum mechanics? With Roger Cashmore, Former Research Director at CERN and Principal of Brasenose College, Oxford; Jim Al-Khalili, Professor of Physics at the University of Surrey; Sheila Rowan, Reader in Physics in the Department of Physics and Astronomy at the University of Glasgow.