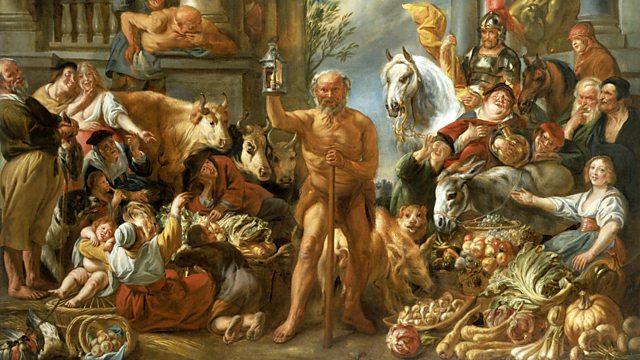 Melvyn Bragg discusses the Cynics, the performance artists of philosophy, who were determined to expose the meaninglessness of civilised life by action as well as by word.

Melvyn Bragg and guests discuss the Cynics, the performance artists of philosophy. Eating live octopus with fresh lupins, performing intimate acts in public places and shouting at passers by from inside a barrel is behaviour not normally associated with philosophy. But the Cynics were different. They were determined to expose the meaninglessness of civilised life by action as well as by word. They slept rough, ate simply and gave their lectures in the market place. Perhaps surprisingly, their ideas and attitudes were immensely popular in the ancient world. But how coherent was cynicism as a philosophy? What was its influence on literature and politics and is there any truth to the contention that Jesus himself was influenced by the Cynics? With Angie Hobbs, Lecturer in Philosophy, University of Warwick; Miriam Griffin, Fellow of Somerville College, Oxford; John Moles, Professor of Latin, University of Newcastle.