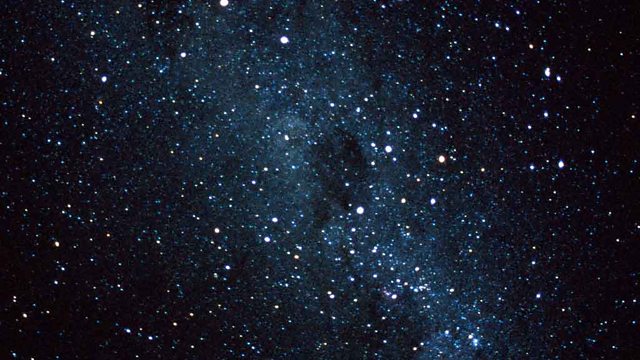 Melvyn Bragg discusses the recently discovered, and mysteriously named, 'dark energy' which may make up 70% of the universe.

Melvyn Bragg and guests discuss 'dark energy'. Only 5% of our universe is composed of visible matter, stars, planets and people; something called 'dark matter' makes up about 25% and an enormous 70% of the universe is pervaded with the mysteriously named 'dark energy'. It is a recent discovery and may be only a conjecture, but it has been invoked to explain an abiding riddle of the cosmos: if the expansion of the universe is powered by the energy of the Big Bang, then why isn't the expansion slowing down over time as the initial energy runs down and the attractive force of gravity asserts itself? Scientists had predicted a Big Crunch as the logical opposite of the Big Bang, but far from retracting, the expansion of the universe is actually accelerating...it's running away with itself.How do we know that the universe is behaving like this and what's causing it? If dark energy is the culprit, then what is this elusive, though omnipresent entity?With Sir Martin Rees, Astronomer Royal and Professor of Cosmology and Astrophysics, Cambridge University; Carolin Crawford, Royal Society University Research Fellow at the Institute of Astronomy, University of Cambridge; Sir Roger Penrose, Emeritus Rouse Ball Professor of Maths at Oxford University.