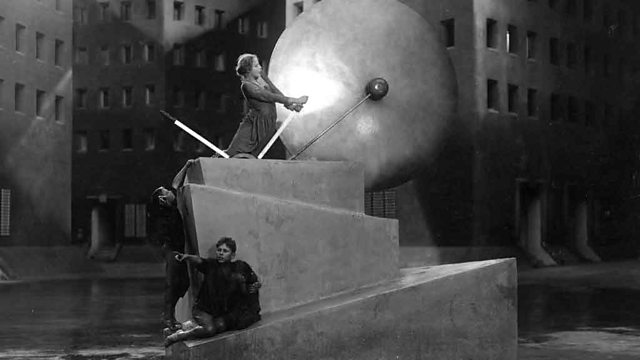 Melvyn Bragg discusses the mad, bad world of modern utopias where babies are hatched from test tubes, where women live without men, where machines have taken over, and where the poor are exterminated.

Melvyn Bragg and guests discuss the mad, bad world of modern utopias. "I want to gather together about twenty souls," wrote D H Lawrence in 1915, "and sail away from this world of war and squalor and find a little colony where there shall be no money but a sort of communism as necessaries of life go, and some real decency". Utopias were in the air in the first decades of the 20th century and the literature of the period abounds with worlds of imagined escape, feminist utopias, technological nightmares and rich imaginings of the world as it could or should become. Many of the societies that writers like H G Wells created were meant seriously, as signposts to a future that would seem horrific to us now, where the weak are eradicated and the strong prosper and procreate.What was it about that era that brought forward so many imagined futures? How did utopias become the dystopias of Brave New World and 1984, and why are writers so much less likely to create a Utopia now?With John Carey, Emeritus Professor of English Literature, Oxford University and editor of The Faber Book of Utopias; Steve Connor, Professor of Modern Literature at Birkbeck, University of London; Laura Marcus, Professor of English, University of Sussex.