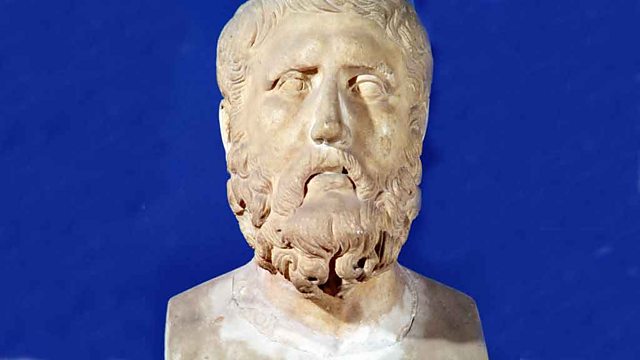 Melvyn Bragg discusses Stoicism, the third great philosophy of the Ancient World, which had a great influence on the Roman Empire.

Melvyn Bragg and guests discuss Stoicism, the third great philosophy of the Ancient World. It was founded by Zeno in the fourth century BC and flourished in Greece and then in Rome. Its ideals of inner solitude, forbearance in adversity and the acceptance of fate won many brilliant adherents and made it the dominant philosophy across the whole of the Ancient World. The ex-slave Epictetus said "Man is troubled not by events, but by the meaning he gives them". Seneca, the politician, declared that "Life without the courage for death is slavery". The stoic thoughts of Marcus Aurelius, the philosopher emperor, provided a rallying point for empire builders into the modern age.Stoicism influenced the Christian church, had a big effect on Shakespeare and Renaissance drama and may even have given the British their 'stiff upper lip', but it's a philosophy that was almost forgotten in the 20th century. Does it still have a legacy for us today?With Angie Hobbs, Lecturer in Philosophy, University of Warwick; Jonathan Rée, philosopher and historian; David Sedley, Laurence Professor of Ancient Philosophy, University of Cambridge.