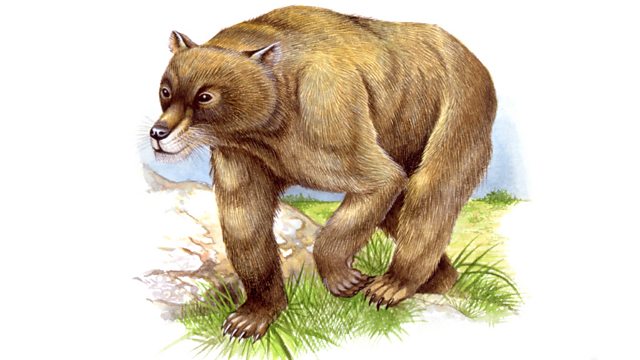 Melvyn Bragg discusses the rise of the mammals which began 65 million years ago with the extinction of the dinosaurs.

Melvyn Bragg and guests discuss the rise of the mammals. The Cenozoic Era of Earth's history began 65 million years ago and runs to this day. It began with the extraordinary 'KT event', a supposed asteroid impact that destroyed the dinosaurs, and incorporates the break up of Pangaea, the enormous landmass that eventually formed the continents we know today. It is known as the 'Age of the Mammals', and it is the period in which warm-blooded, lactating, often furry animals diversified rapidly and spread across the globe on land and in the sea. According to evolutionary theory, what conditions created the opportunity for mammals to thrive? What environmental factors lead to the characteristics they share - and the features they don't? And how did they become the most intelligent class of animals on the planet? With Richard Corfield, Senior Lecturer in Earth Sciences at the Open University; Steve Jones, Professor of Genetics at University College London; Jane Francis, Professor of Palaeoclimatology at the University of Leeds.

The Field of the Cloth of Gold