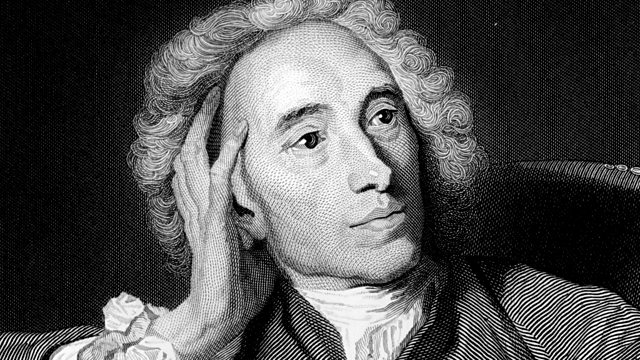 Melvyn Bragg discusses the Scriblerus Club which included some of the sharpest satirists of the 18th century.

Melvyn Bragg and guests discuss the Scriblerus Club. The 18th century Club included some of the most extraordinary and vivid satirists ever to have written in the English language. We are given giants and midgets, implausible unions with Siamese twins, diving competitions into the open sewer of Fleet-ditch, and Olympic-style pissing competitions: "Who best can send on high/The salient spout, far streaming to the sky". But these exotic images were part of an attempt by Pope, Swift and their cadres to show a world in terrible decline: "Religion, blushing, veils her sacred fires,And unawares Morality expires.Nor public flame, nor private dares to shine;Nor human spark is left, nor glimpse divine!Lo! Thy dread empire, Chaos! Is restored:Light dies before thy uncreating word".So wrote Alexander Pope in his great mock epic verse, The Dunciad. Who were the Scriblerans? And what in eighteenth century society had driven them to such disdain and despair?With John Mullan, Senior Lecturer in English, University College London; Judith Hawley, Senior Lecturer in English, Royal Holloway, University of London; Marcus Walsh, Kenneth Allott Professor of English Literature, University of Liverpool.

Paganism in the Renaissance