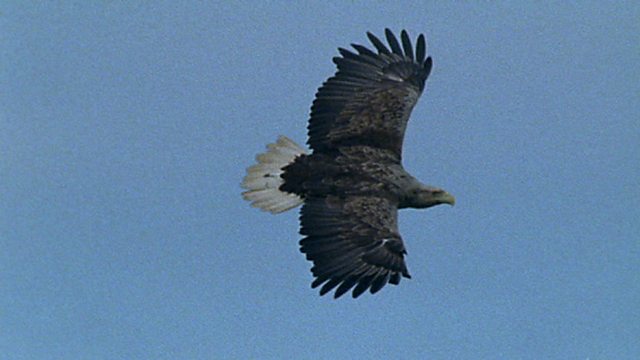 Once a victim of persecution by gamekeepers and fisherman, the sea eagle went extinct in the 19th century. Since the 1970s, a programme of reintroduction and eductaion has brought the sea eagles back to the Western Isles. An opportunistic scavenger, the sea eagle relishes the fish thrown from fishermen's boats, and competes with the gulls of the area. The population is now doing so well, further reintroductions seem unnecessary.

See all clips from HIGH SUMMER (8)