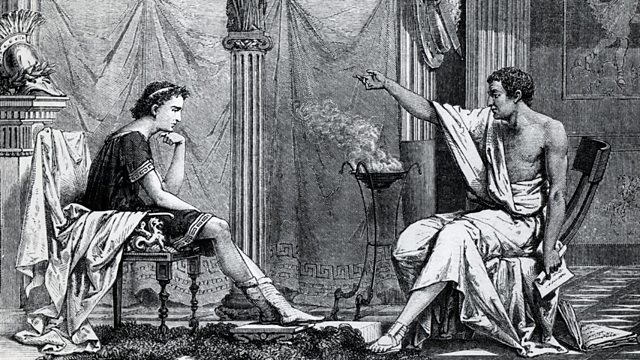 Melvyn Bragg discusses the concept of friendship, considered in antiquity as being an essential constituent of both a good society and a good life.

Melvyn Bragg and guests discuss the concept of friendship. In Greek and Roman times, friendship was thought of as being an essential constituent of both a good society and a good life; a good society because it lay at the heart of participative civic democracy; a good life because it nurtured wisdom and happiness. It is this period which gives us the texts on friendship which, to this day, are arguably the most important of their kind. Amongst their authors is Aristotle, who engaged in one of the great philosophical discussions on the subject. For Aristotle, friendship could fall into three categories: it could be based on utility, pleasure or goodness. In its latter state, Aristotle described it as being 'a single soul dwelling in two bodies'. So how did the Ancients establish the parameters of the true nature of friendship in the literature and philosophy that followed? How have different forms of friendship helped or hindered creativity and intellectual pursuit? What has been the apparent relationship between friendship and power? And what of the darker aspects of friendship - jealousy, envy and exploitation? With Angie Hobbs, Lecturer in Philosophy at the University of Warwick; Mark Vernon, Visiting Lecturer in Philosophy at Syracuse University and London Metropolitan University; John Mullan, Professor of English at University College London.