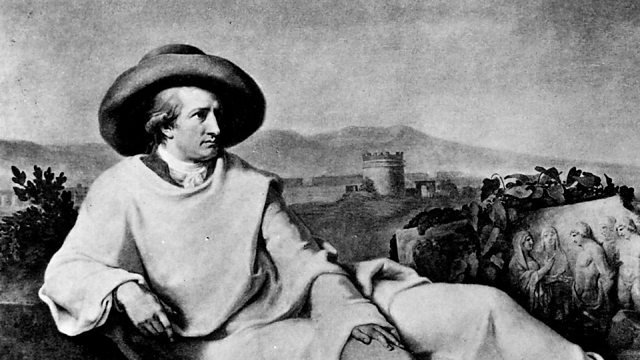 Melvyn Bragg and guests discuss Johann Wolfgang Goethe, the great German polymath. 'I had the great advantage of being born at a time that was ripe for earth-shaking events which continued throughout my long life, so that I witnessed the Seven Years War...the French Revolution, and the whole Napoleonic era down to the defeat of the hero and what followed after him. As a result I have attained completely different insights and conclusions than will ever be possible for people who are born now...' Goethe's friend Johann Peter Eckermann recorded these remarks made by the great writer at the end of his life in a series of published recollections. Goethe's life was indeed remarkable. At the age of twenty-five he was author of the first German international best-seller The Sorrows of Young Werther. A year later, he was invited by the Grand Duke to join him at the Imperial Court as Privy Councillor where he oversaw commissions on war, roads and tax. He rode to war with the Prussian Army against the French and embarked on a remarkable creative friendship with Schiller which saw the establishment of a new form of German theatre. What made Goethe the dominant cultural icon of his time and after? What links were there between his interest in politics and the arts? Why did he support Napoleon despite the French invasion of Weimar? How did his relationships with women define his work? And how was he able to transform the status of the German language? With Tim Blanning, Professor of Modern European History at the University of Cambridge; Sarah Colvin, Professor of German at the University of Edinburgh; W. Daniel Wilson, Professor of German at Royal Holloway, University of London.