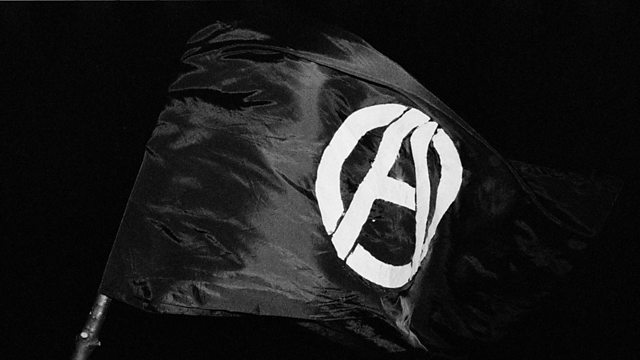 Melvyn Bragg and guests discuss Anarchism and why its political ideas became synonymous with chaos and disorder.

Melvyn Bragg and guests discuss Anarchism and why its political ideas became synonymous with chaos and disorder. Pierre Joseph Proudhon famously declared “property is theft”. And perhaps more surprisingly that “Anarchy is order”. Speaking in 1840, he was the first self-proclaimed anarchist. Anarchy comes from the Greek word “anarchos”, meaning “without rulers”, and the movement draws on the ideas of philosophers like William Godwin and John Locke. It is also prominent in Taoism, Buddhism and other religions. In Christianity, for example, St Paul said there is no authority except God. The anarchist rejection of a ruling class inspired communist thinkers too. Peter Kropotkin, a Russian prince and leading anarcho-communist, led this rousing cry in 1897: “Either the State for ever, crushing individual and local life... Or the destruction of States and new life starting again.. on the principles of the lively initiative of the individual and groups and that of free agreement. The choice lies with you!” In the Spanish Civil War, anarchists embarked on the largest experiment to date in organising society along anarchist principles. Although it ultimately failed, it was not without successes along the way.So why has anarchism become synonymous with chaos and disorder? What factors came together to make the 19th century and early 20th century the high point for its ideas? How has its philosophy influenced other movements from The Diggers and Ranters to communism, feminism and eco-warriors?With John Keane, Professor of Politics at Westminster University; Ruth Kinna, Senior Lecturer in Politics at Loughborough University; Peter Marshall, philosopher and historian.

The Speed of Light