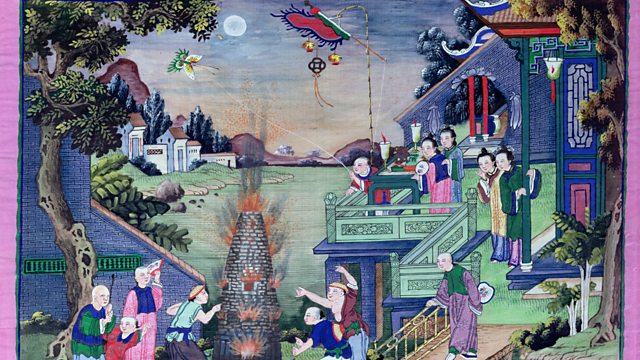 Melvyn Bragg and guests discuss the Needham Question, which asks why China’s medieval technological advancement was overtaken by that of a relative backwater called Europe.

Melvyn Bragg and guests discuss the Needham Question; why Europe and not China developed modern technology. What do these things have in common? Fireworks, wood-block printing, canal lock-gates, kites, the wheelbarrow, chain suspension bridges and the magnetic compass. The answer is that they were all invented in China, a country that, right through the Middle Ages, maintained a cultural and technological sophistication that made foreign dignitaries flock to its imperial courts for trade and favour. But then, around 1700, the flow of ingenuity began to dry up and even reverse as Europe bore the fruits of the scientific revolution back across the globe. Why did Modern Science develop in Europe when China seemed so much better placed to achieve it? This is called the Needham Question, after Joseph Needham, the 20th century British Sinologist who did more, perhaps, than anyone else to try and explain it.But did Joseph Needham give a satisfactory answer to the question that bears his name? Why did China’s early technological brilliance not lead to the development of modern science and how did momentous inventions like gunpowder and printing enter Chinese society with barely a ripple and yet revolutionise the warring states of Europe? With Chris Cullen, Director of the Needham Research Institute in Cambridge; Tim Barrett, Professor of East Asian History at SOAS; Frances Wood, Head of Chinese Collections at the British Library.