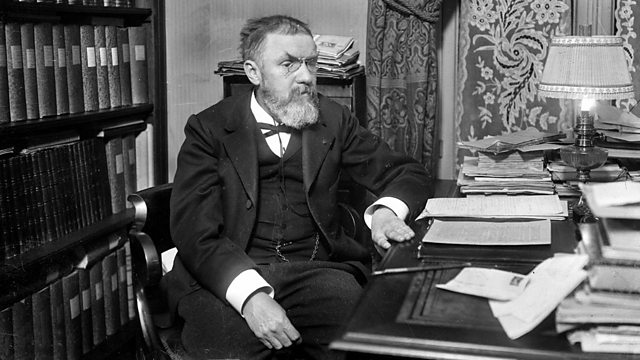 Melvyn Bragg and guests discuss the Poincaré Conjecture, a puzzle that may explain the shape of the universe.

Melvyn Bragg and guests discuss the Poincaré Conjecture. The great French mathematician Henri Poincaré declared: “The scientist does not study mathematics because it is useful; he studies it because he delights in it, and he delights in it because it is beautiful. If nature were not beautiful, it would not be worth knowing and life would not be worth living. And it is because simplicity, because grandeur, is beautiful that we preferably seek simple facts, sublime facts, and that we delight now to follow the majestic course of the stars.” Poincaré’s ground-breaking work in the 19th and early 20th century has indeed led us to the stars and the consideration of the shape of the universe itself. He is known as the father of topology – the study of the properties of shapes and how they can be deformed. His famous Conjecture in this field has been causing mathematicians sleepless nights ever since. He is also credited as the Father of Chaos Theory.So how did this great polymath change the way we understand the world and indeed the universe? Why did his conjecture remain unproved for almost a century? And has it finally been cracked?With June Barrow-Green, Lecturer in the History of Mathematics at the Open University; Ian Stewart, Professor of Mathematics at the University of Warwick; Marcus du Sautoy, Professor of Mathematics at the University of Oxford.