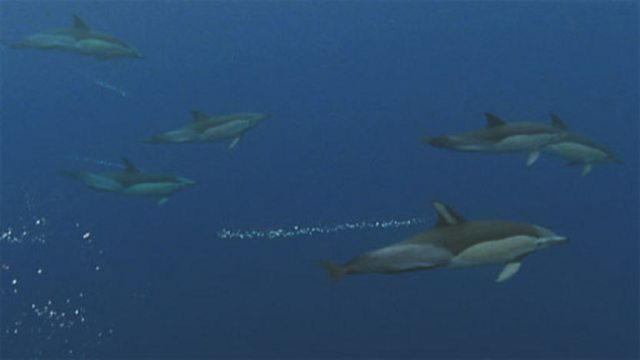 Dolphins travel at high speed, amidst a ball of spray, so it's hard to film them from the surface. For underwater animals, the sound of a helicopter passing overhead is like a military jet to us. At a critical angle the sudden boom distresses the dolphins and affects their behaviour. The heligimbal system avoids this by operating high above, but its powerful lens still captures sustained close-up action. 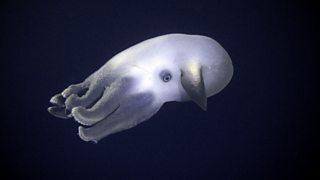 See all clips from Ocean Deep (9)

See all clips from Planet Earth (111)