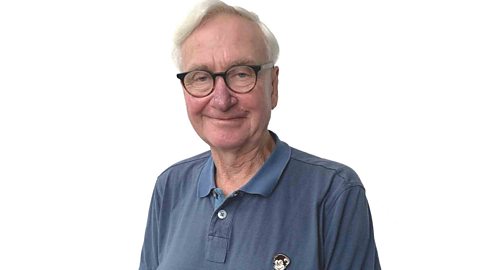 He met his wife, Kate, in The Salutation, whilst she was working as a nurse at Mapperley Hospital. They married and now have an expanding family of three grown-up children and four granddaughters - he is working towards a netball team.

He was particularly fortunate to find himself at BBC Radio Nottingham as a sports reporter in the halcyon days of the late 1970s when Forest were winning European Cups under Clough and Taylor; Rice and Hadlee were playing for Nottinghamshire Cricket Club and Torvil And Dean were conquering the world with their ice dance.

Life at the BBC

In 2009 John celebrated 40 years with the BBC. His career began at the home of British radio, Broadcasting House in London, working alongside household names like Sam Costa, Victor Sylvester, Humphrey Lyttelton and Status Quo. He also did a spell in Birmingham on spot effects for The Archers.

He worked in Bristol where he produced Down Your Way, Any Questions and, alongside Jonathan Dimbleby, launched Any Answers as a phone-in. He also had a satisfying spell working in the world famous Natural History Unit.

His TV work began on 'Look! Hear!' a youth show with Toyah Wilcox. He also presented one of the BBC's first consumer series; BBC2's Inside Information.

John now presents the Sunday Mid-morning Show on BBC Radio Nottingham and is often rubbing shoulders with the rich and famous.

But he is keen to stress that his average day is not all glamour.

He is a founder and Chairman of the skin cancer charity, SKCIN.