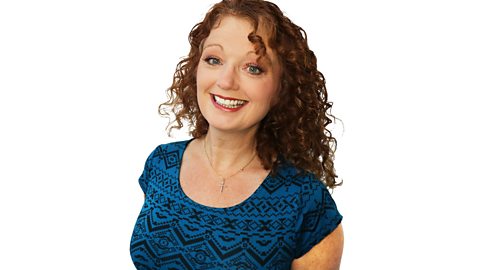 Join Frances Finn on BBC Radio Nottingham. Fran has a new zest for life since cheating death in a motorbike crash in August 2009.

Knowing how miraculous her escape was (a car literally drove over her head) she now grasps life with both hands.

She certainly hasn't given up biking on Nottinghamshire's roads, and enjoys the outdoors.

Walks round her home village of Lowdham are punctuated by trips to the pub. If you bump into her, then she'll have a pint of real ale.

With expert advice from BBC Radio Nottingham gardeners Martin and John (who you can hear each Thursday at 1100) she's grown a few items, but there's a lot still to learn.

Fran plays a few musical instruments and puts them to good use at the Church she belongs to.

She's also been known to stick her hand up a puppet or two for the kids, and is never happier than when she's cavorting about on a stage.

She's gutted that her thigh slapping days are over since the annual radio panto came to an end.

Exercise wise, Fran hates the gym. She has wasted hundreds of pounds on membership fees so she has decided enough is enough.

Instead, she's trying to do her house work extra vigorously and plays tennis when she can. Unfortunately, the house is still filthy and she can't find her racquet.

Oh, and she does the odd bit of sea fishing in Cornwall when she can - a strange habit for a girl, perhaps, but then she admits to being strange.

However, Fran's not so fond of camping.

Fran reckons she has the best job in radio! She has three hours to play you her favourite music, and introduce you to the most colourful characters in Nottinghamshire.