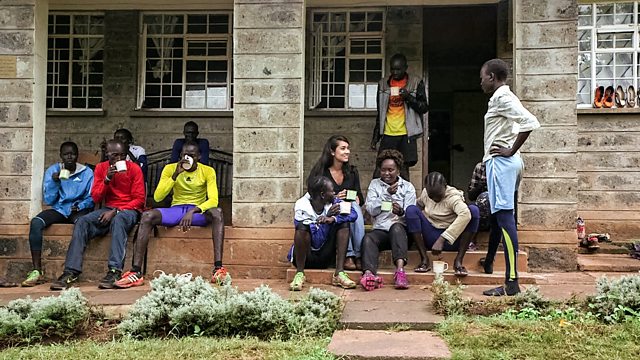 Part of The Big Stories: 2016. This year, for the first time, refugee athletes were in training hoping to compete in the IOC's newly created Team of Refugee Olympic Athletes.

Part of The Big Stories: 2016. From fleeing the horrors of war and seeking refuge to being on a world stage competing as an Olympic champion, the BBC charts the dramatic changes in life circumstances for a group of incredible athletes. This year, for the first time, refugee athletes around the world were in training hoping to compete in the IOC's newly created Team of Refugee Olympic Athletes (ROA) under the Olympic flag. In the run up to the Rio Olympics, the BBC's Catharina Moh followed Syrian teenager Yusra Mardini, who fled the civil war to Germany and made a winning debut performance in swimming for Team ROA. We will also hear the stories of fellow Olympic athletes Popole Misenga and Yolande Mabika. They escaped from the Democratic Republic of Congo to make an asylum bid during the 2013 World Judo Championships in Rio where they're now living in the Rio slums and training everyday. Finally, Catharina travels to Kenya where half the refugee Olympic athletes came from. The competitors were amongst a group hand picked from the country's two largest refugee camps with little to no running experience, and that's where we meet 400m runner Rebecca Nyamal who'd fled from South Sudan. Though only a fraction made the team, the IOCs Olympic Refugee Team became a symbol of hope and was embraced by the world as they took centre stage.