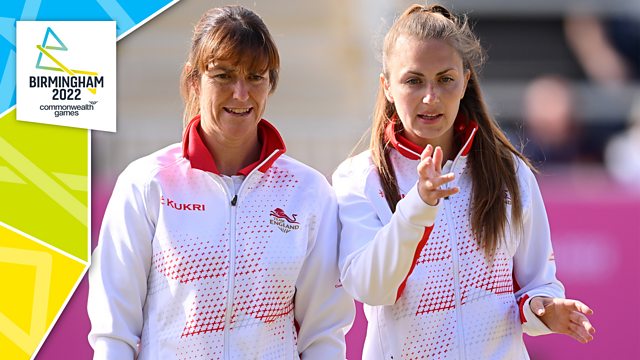 Day nine of the Commonwealth Games gets underway with the final of the women's lawn bowls pairs between England and Australia. Introduced by Jason Mohammad and Holly Hamilton.

Diver Jack Laugher begins the defence of his 3m springboard title and England’s Emily Borthwick and Morgan Lake are ones to watch in the women’s high jump final. Medals are at stake at the lawn bowls from Leamington, where the women’s pairs and men’s fours take centre stage.

See all episodes from Commonwealth Games