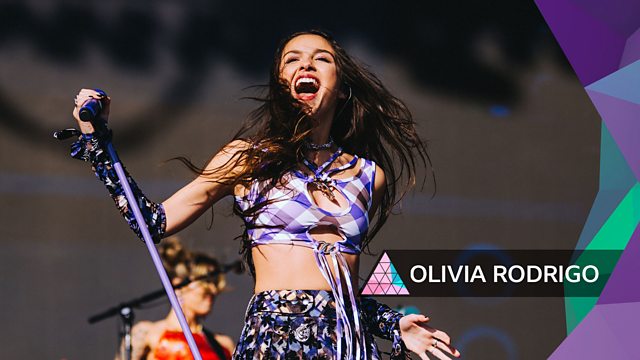 Clara Amfo introduces Olivia Rodrigo's set on the Other Stage. The 19-year-old Californian made UK chart history last year when she had three tracks in the Top 5 in the same week.

Clara Amfo introduces one of the biggest breakthrough pop stars of the last two years, Olivia Rodrigo, as she makes her debut appearance at Glastonbury. The 19-year-old Californian singer took over the charts at the start of last year with the release of Drivers License, which
reigned at No 1 for nine weeks. She went on to make UK chart history as she became the first female artist to occupy three places in the
Official Singles Chart Top 5 in the same week.

Expect all the hits from her debut album, Sour, as she steps out onto the Other Stage just a few months after embarking on her first ever tour.