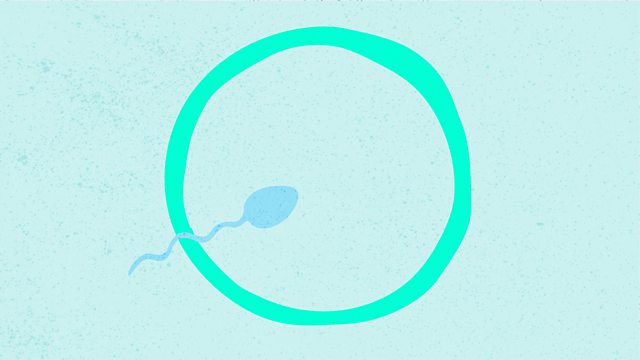 What are your choices if you still have frozen embryos in storage after IVF?

The physical and emotional challenges of in vitro fertilisation, or IVF, never fade from your memory - whatever the outcome. But what happens when you have been lucky enough to have a child or children and you still have frozen embryos in storage you are sure you will not use. None of the choices you face are easy – to donate to another couple in need, or to science, to let them be discarded or continue to preserve them. We hear from Alison Murdoch, Professor of Reproductive Medicine at Newcastle University and two women who have come to different conclusions about what they will do.

A new study of over 5000 teenagers in 46 schools has found that more than a third of teenage girls who sent nude images of themselves had been pressured into doing so. Researchers found that girls felt “shamed” when their nude images were leaked, while boys said that the leaking could lead them to gain social status. It also revealed that 34% of girls were first asked to send a nude when they were 13 or younger. Emma is joined by Soma Sara, the founder of Everyone's Invited - a safe place for survivors to share their stories anonymously - and Ruby Wootton, associate director from Revealing Reality, one of the authors of the study - which was done in collaboration with PHSE, that's the national body for personal, social, health and economic education.

Being a ranger in the wild - protecting animals from poachers, leading conservation efforts and sometimes putting yourself in the line of fire - isn't often a job taken on by women. In fact, less than 11% of the global wildlife ranger workforce is female - something many in the sector want to change. Holly Budge is a British adventurer who’s founded World Female Ranger Week following a successful World Female Ranger Day last year. Purnima Devi Barman is a conservationist from the state of Assam in north-eastern India who set up her own 'Stork Army' to save one species of bird. They both join Emma on the programme.

The Treasury's Women in Finance Charter has published its annual review looking at gender diversity within the financial sector in the UK for 2021. Amanda Blanc is CEO of Aviva, the UK’s leading insurer and leads the Women in Finance Charter and speaks to Emma about the review as well as her experiences of sexism as one of a handful of female FTSE 100 bosses.