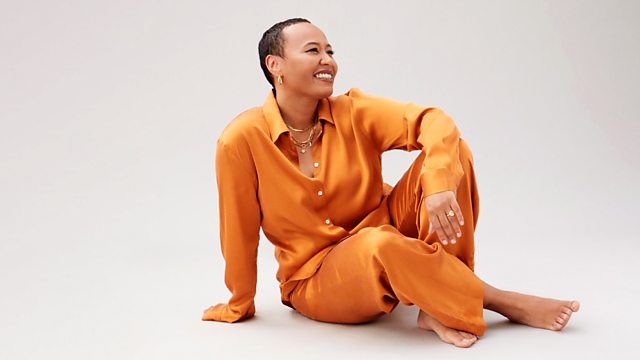 How are disabled and vulnerable children being affected by the war in Ukraine?

Emeli Sandé is one of Britain’s most successful songwriters - with 19 million singles sold; including three number one singles, six million albums and four BRIT awards. Emeli joins Emma to discuss her music and career.

How are disabled children being affected by the war in Ukraine? There are claims that thousands have been forgotten and abandoned in institutions unable to look after them. The human rights organisation, Disability Rights International, has carried out an investigation. Their Ukraine Office Director, Halyna Kurylo joins Emma.

‘Alice’s Book’ by Karina Urbach tells the story of Karina's grandmother Alice Urbach. Before the Second World War Alice wrote a cookbook called Cooking the Viennese Way! - but when books by Jewish authors couldn't be distributed, Alice was taken off it. Karina talks about her family history, intellectual theft by the Nazis and her mission to restore Alice Urbach’s name to her cookbook.

Abi Morgan is a BAFTA and Emmy-award winning playwright and screenwriter whose credits include The Iron Lady, Suffragette and The Hour. She has now written her first book - This Is Not A Pity Memoir - about an extraordinarily tumultuous period in her and her family's life.

Last weekend the Baftas saw Sophie Willan, the actress and creator of Alma’s Not Normal, take home an award for best female performance in comedy. The sitcom is based on Sophie’s own experience of growing up in care, and focuses on her relationship with the women in her family. Sophie dedicated her win to her grandmother, Denise Willan, who sadly passed away half-way through filming the show.

Watching Eurovision tonight? Two hundred million people are expected to watch it, live from Turin. Representing the UK this year is Sam Ryder. He's doing well at the moment and is second favourite to win behind Ukraine. The UK really hasn’t done very well over recent years, but twenty-five years ago we won it with Katrina and The Waves and Love Shine a Light. Katrina joins Anita.

Alice Urbach, Your children's friends, Katrina and The Waves