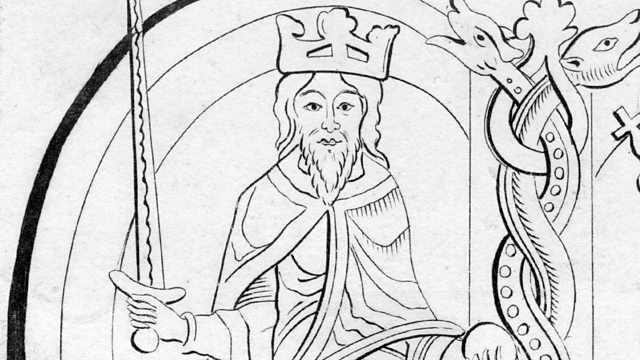 Melvyn Bragg and guests discuss great changes in Scotland associated with David I, from the founding of trading towns such as Edinburgh to new monasteries and new ways of governing

Melvyn Bragg and guests discuss the impact of David I of Scotland (c1084-1153) on his kingdom and on neighbouring lands. The youngest son of Malcolm III, he was raised in exile in the Anglo-Norman court and became Earl of Huntingdon and Prince of Cumbria before claiming the throne in 1124. He introduced elements of what he had learned in England and, in the next decades, his kingdom saw new burghs, new monasteries, new ways of governing and the arrival of some very influential families, earning him the reputation of The Perfect King.

Alex Woolf at the University of St Andrews

Richard Oram at the University of Stirling

G.W.S. Barrow, The Kingdom of the Scots (Edinburgh University Press, 2003)

Models of Authority: Scottish Charters and the Emergence of Government 1100-1250

David I of Scotland - Wikipedia