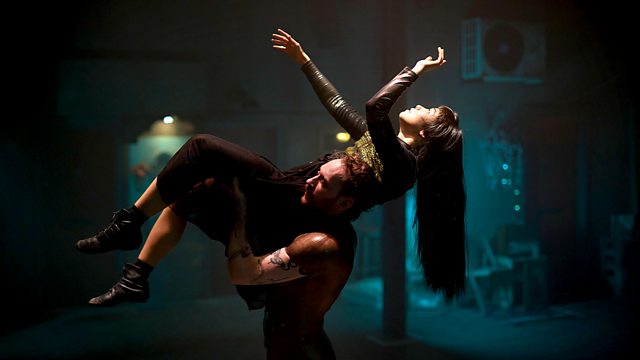 The Burnt City is the biggest production to date from the pioneering immersive theatre company Punchdrunk. As the company takes up residence in the former Royal Arsenal buildings of Woolwich, their first permanent space, they draw on the Greek tragedies of Agamemnon and Hecuba to reinterpret the Trojan war as a dystopian future noir.

The French comedy drama, Call My Agent, was one of the breakout hits of lockdown. It has spawned a Turkish version, an Indian version, and now an English version called Ten Percent. John Morton, the creator of BBC mockumentaries Twenty Twelve and W1A, joins Front Row to discuss the challenge of recreating the Parisian series in London.

Fresh from a sold-out UK tour this month, singer songwriter Jack Savoretti is live in the studio to perform his new single Dancing Through The Rain. The track is the second to be taken from his forthcoming release Europiana Encore, a special extended edition of his 2021 chart topping album, Europiana.