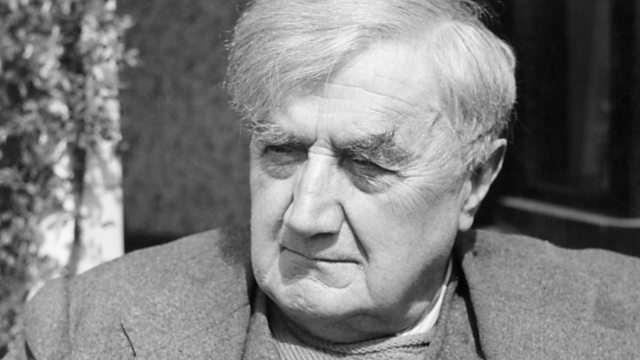 Toward the Unknown Region - Vaughan Williams 150

The BBC Philharmonic continues an exploration of the symphonies of Vaughan Williams. His Fourth Symphony is heard in the context of music inspired by mystical art and literature.

From Bridgewater Hall in Manchester
Presented by Tom McKinney

In the second of six concerts presented in collaboration with the Halle Orchestra, the BBC Philharmonic continue to explore the symphonies of Vaughan Williams. In this concert, the spotlight falls on his Fourth; in Vaughan Williams's words, "not ... a definite picture of anything external - e.g. the state of Europe - but simply because it occurred to me like that." Written between 1931 and 1934, what felt like unexpected dissonance to some listeners did, despite his assertion, reflect the discomfort many felt about the uncertainty of the political situation. Uncertainty frames the faith that is core to the Walt Whitman text Vaughan Williams sets in the music that opens the programme; the Halle choir joins the BBC Philharmonic and Sir Andrew Davis for Toward the Unknown Region, "Darest though now, O soul, walk out with me toward the unknown region, where neither ground is for the feet nor any path to follow?", words which seem to permeate Vaughan Williams's spirituality for the rest of his life. Extra-musical influence from a different medium and century provide the inspiration for music which Vaughan Williams called a masque for dancing, "Job". William Blake's engravings for the biblical book form the basis of nine scenes and the metaphysical interpretation and freedom Blake displays in these unique works inspired Vaughan Williams to create a particularly powerful, intriguing and visionary score.

See all recipes from Toward the Unknown Region - Vaughan Williams 150