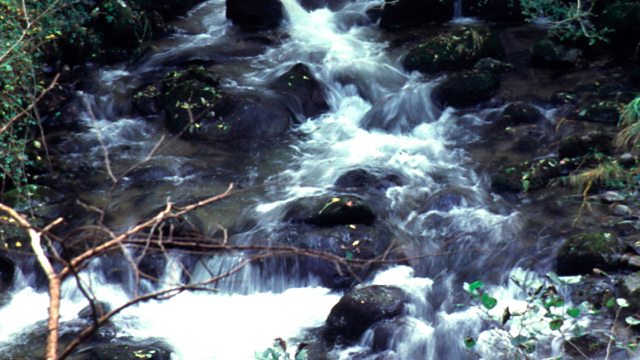 A 21st-century dip into literary stream of consciousness. This narrative technique attempts to depict in words the multitudinous thoughts and feelings passing through the human mind. It first gained prominence among Modernist writers as they attempted to represent life in the increasingly complex industrialized world of the 1920s. The technique has never run dry, but now, a century later, stream of consciousness is proving a fresh wellspring for young writers as they attempt to convey life in our comparably challenging, fragmented and frenetic online age.

Rebecca Watson is one such writer, and her first novel, "little scratch", has already attracted much praise for its depiction of the thoughts and feelings of a young woman over a deceptively simple single day. It was shortlisted in 2021 for the Goldsmiths Prize, which rewards innovation and creative daring in the novel.

Rebecca traces the technique back to its headwaters, hearing from academics and fellow authors about the American psychologist William James, the French philosopher Henri Bergson, and the key writers - Virginia Woolf, T S Eliot and James Joyce - who, a hundred years ago, made it their own, in works such as Mrs Dalloway, The Waste Land and Ulysses.

This documentary , flowing with archive and music, itself follows the associative leaps characteristic of stream of consciousness. It is particularly timely in an era when the onslaught of social media frequently feels overwhelming and the term “streaming” is itself becoming a dominant metaphor for how we live our lives.