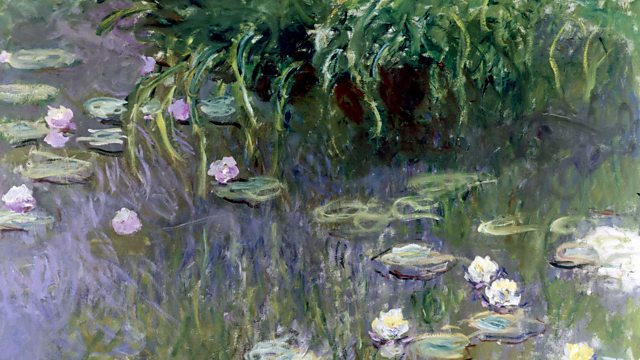 Art historian Katy Hessel explores the BBC archives to create a television history of the father of impressionism, Claude Monet.

Monet is known as the father of impressionism, the movement that arguably kick-started modern western art. But his work has become so commercialised – used on everything from chocolate boxes to wastepaper bins – that most of us have little sense of how radical an artist he really was.

Now, by delving deep in the BBC archives, Katy rediscovers Monet as an artist driven by a burning ambition to relentlessly reinvent his technique and reshape art again and again. Katy learns how Monet set impressionism alight, a movement that shocked and confused the public and critics alike, created his series paintings in an extraordinarily ambitious attempt to capture the nature of time, and would go on to influence America’s mid-century artistic revolutionaries such as Jackson Pollock.

The subject of Monet has fascinated many of the BBC’s greatest programme-making talents. We meet Monet portrayed by Richard Armitage as a strapping, young firebrand thumbing his nose at the art establishment in a 2006 costume drama romp, while Andrew Graham-Dixon and Waldemar Januszczak investigate the unexpected and electrifying impact of the modern industrial world on an artist synonymous with pastoral poppy fields and idyllic river scenes. In contrast, Simon Schama opens up Monet’s story with a deep investigation of the dazzling influence of Japanese art on his work, while Robert Hughes takes us on a breathtaking journey through Monet’s extraordinary gardens at Giverny.

See all episodes from Art on the BBC