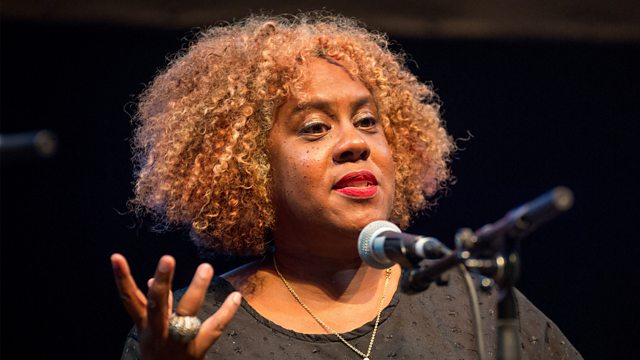 Composer of the Week Errollyn Wallen
Episode 1 of 5

Donald Macleod chats to Errollyn Wallen, one of Britain’s most in-demand composers. Today is about her connection to Belize, and how her family and childhood influence her work.

Donald Macleod chats to composer Errollyn Wallen about her heritage and musical upbringing.

Belize-born British composer Errollyn Wallen has been called a “renaissance woman of contemporary music”. She’s a remarkably versatile and prolific composer, pianist and songwriter and one of our most in-demand musical voices today. She was the first black woman to have a piece performed at the Proms in 1998 and her music opened the 2012 Paralympic games. She's even been performed in space, aboard Nasa’s STS115 mission. Wallen writes in a kaleidoscopic range of styles; her music constantly crosses and re-crosses musical boundaries and it brims over with a sense of adventure and delight. All this week, Donald Macleod gets to know Errollyn as she dials into his studio from her Scottish lighthouse where she retreats to concentrate on her work.

Today, we hear about Errollyn’s deep connection to Belize and her childhood musical memories. She was brought up in London to a soundtrack of Ella Fitzgerald and calypso. When she discovered the piano, she had to be begged not to practice. Errollyn's first ever composition was written for her sisters to sing walking to primary school, and family has since been a thread through her work.

Produced in Cardiff by Amelia Parker