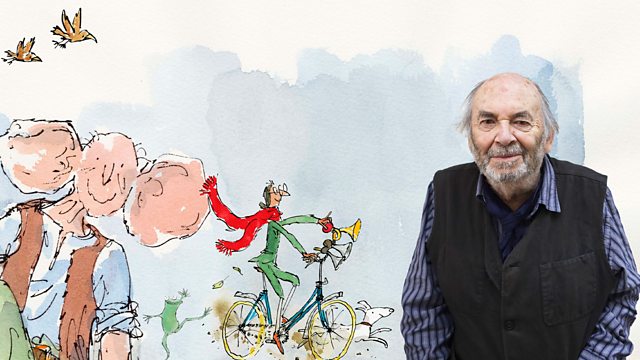 Quentin Blake – The Drawing of My Life

The illustrator and author paints scenes from a 70-year-long career, including his work with Roald Dahl. With David Walliams, Joanna Lumley, Peter Capaldi, Ore Oduba and Michael Rosen.

In this celebration of one of Britain’s best-loved artists, the illustrator and author Sir Quentin Blake tells the story of his 70-year-long career in his own words and with his own pictures. Specially for this documentary, he has been filmed creating an extraordinary new work: a canvas 30 feet long and seven feet high, on which self-portraits and classic characters emerge in the instantly recognisable, energetic and ebullient style that has taken root in the imaginations of successive generations of children and parents.

Quentin Blake turns 89 in December 2021. His first book was published 61 years ago, and over 500 volumes later, he is still hard at work, drawing every day and determined to break down the barriers between illustration and ‘fine arts’. As he looks back for the first documentary to be dedicated to his life, Blake shares his pleasure in the blank page, the scratch of a quill, and the enjoyable mischief and chaos of childhood.