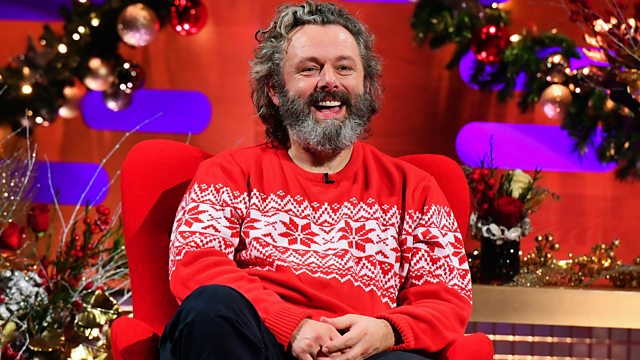 In the first hour of his Christmas show, Michael Sheen is joined by Charlotte Church, plus we travel around the world as Matthew Rhys calls from New York, John Cale calls from LA, and there's a message from Welsh Music Prize winner Kelly Lee Owens who is spending Christmas in Australia. Plus Michael reads extracts from Dylan Thomas's, A Child's Christmas In Wales.

In the second hour of the show, James Dean Bradfield plays a new song from The Manics especially for the programme. James talks about taking an RS Thomas poem and putting it to music. Dame Sian Phillips shares a story about meeting Dylan Thomas, and Michael's friend and 'Good Omens' / 'Staged' co-star David Tennant shares his memories of Christmas.

See all episodes from Christmas Day with Michael Sheen