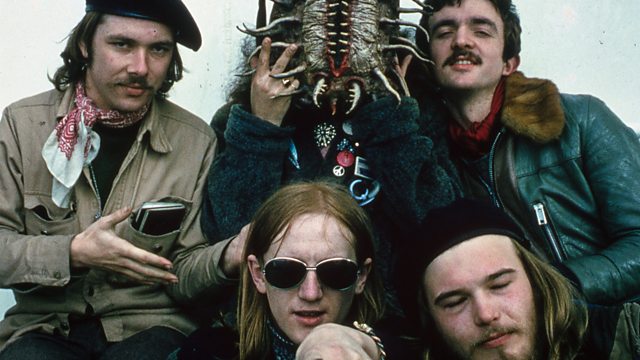 Other, Like Me: The Oral History of COUM Transmissions and Throbbing Gristle

Documentary about 1970s performance art collective COUM Transmissions and its music off-shoot Throbbing Gristle, which draws on the group's rich archive of photographs and video.

Hull, England, 1970. In a run-down commune in a tough port city, a group of social misfits - mostly working class, mostly self-educated - adopted new identities and began making simple street theatre under the name COUM Transmissions. Their playful performances gradually gave way to work that dealt openly with sex, pornography, and violence. The group lived at the edge of society, surviving on meagre resources, finding fellowship with others marginalised by the mainstream.

At the core of the group were two artists, Genesis Breyer P-Orridge and Cosey Fanni Tutti. As their work evolved, Cosey embarked on a career modelling for pornographic magazines, work that she claimed for herself and classified as conceptual art, using it to forge a specific position in relationship to 1970s feminism. In performances, Genesis pushed himself to extremes, testing the limits of the human body. By the mid-1970s, having been chased out of Hull by the police and now living in London, they had caused one of the 20th century’s biggest art scandals and been branded by the British press and politicians as ‘the wreckers of civilisation’.

On the brink of art world success, COUM turned their attentions to music, starting a new phase as the confrontational and notorious band Throbbing Gristle. They built their own instruments, ran their own independent record label, and challenged the norms of rock performance. Throbbing Gristle confronted the dark side of human nature with brutal honesty and invented an entirely new genre of electronic music, which they named 'industrial'. The band imploded on stage in front of thousands of fans in San Francisco in 1981, before reforming 23 years later, having become a major influence on subsequent generations of musicians.