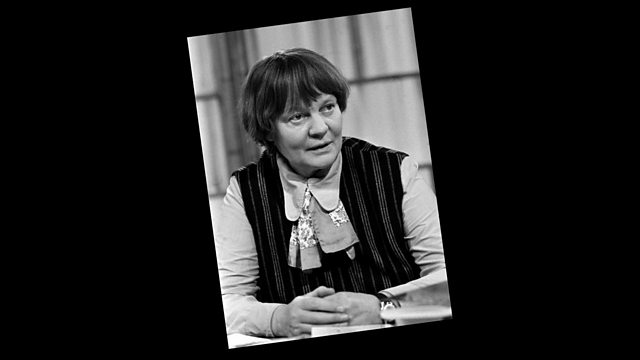 Melvyn Bragg and guests discuss the growing prominence of the philosophy of one of the most celebrated novelists of the 20th century, who developed her ideas in response to WWII.

Melvyn Bragg and guests discuss the author and philosopher Iris Murdoch (1919 - 1999). In her lifetime she was most celebrated for her novels such as The Bell and The Black Prince, but these are now sharing the spotlight with her philosophy. Responding to the horrors of the Second World War, she argued that morality was not subjective or a matter of taste, as many of her contemporaries held, but was objective, and good was a fact we could recognize. To tell good from bad, though, we would need to see the world as it really is, not as we want to see it, and her novels are full of characters who are not yet enlightened enough to do that.

Anil Gomes
Fellow and Tutor in Philosophy at Trinity College, University of Oxford

Miles Leeson at the University of Chichester

Anne Rowe at the University of Chichester

Anil Gomes at the University of Oxford

Gillian Dooley (ed.), From A Tiny Corner in the House of Fiction: Conversations with Iris Murdoch (University of South Carolina Press, 2003)

Iris Murdoch, Metaphysics as a Guide to Morals (Penguin, 1993)

‘Iris Murdoch and the power of love’ by Anil Gomes