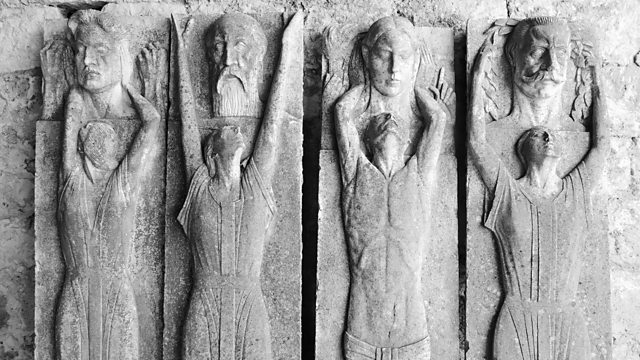 On the 700th anniversary of Dante’s death, Verity Sharp journeys through musical purgatories, sonic infernos and auditory visions of paradise.

The words of Dante Alighieri (d. 14th September 1321) have been central in shaping notions of Hell (Inferno), Purgatory (Purgatorio) and Paradise (Paradiso) in the West. A cornerstone of Italian literature and medieval theology, his Divine Comedy narrates the journey from damnation to grace, through encounters with saints and sinners and poets of the past. In the week of his death seven hundred years ago, Verity Sharp explores musical expressions of the struggle for the human soul, bringing together sounds from a variety of cultures and traditions. Noise artist Puce Mary offers a prayer to the “Ex-lady of delight”; Alasdair Roberts’ account of The Lyke-Wake Dirge brings glimpses of heavenly harp amongst the sombre refrains; and separated by nine centuries, Tanya Tagaq and Hildegard von Bingen use the power of the voice to give expression to the soul’s tribulations. Also in the show we’ve new creations from the inimitable jazz composer Henry Threadgill and high-energy dance music from Tanzania.