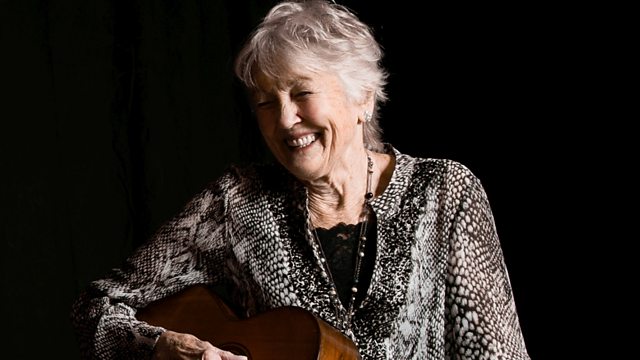 Singer-songwriter Peggy Seeger tells Michael Berkeley about her love of folk and classical music and the early death of her mother, the modernist composer Ruth Crawford Seeger.

Peggy Seeger’s extraordinary musical career spans six and a half decades. Since the age of 17 she has been writing, performing and recording songs pretty much non-stop. At the age of 80 she won the BBC Radio 2 Folk Award for Best New Song with her son Calum and earlier this year, at the age of nearly 86, she released her latest album.

Peggy tells Michael Berkeley about her complex 30-year love affair with Ewan McColl, which was at the heart of the British folk revival; together they produced more than 40 albums, the revolutionary Radio Ballads for the BBC – and three very musical children.

Peggy describes her surprise and joy at falling in love with a woman 30 years ago; she chooses contemporary a cappella music that reminds her of her wife, Irene. And we hear a piece of extraordinary complexity by Peggy’s mother, Ruth Crawford Seeger, one of the most important modernist composers of the 20th century, whose early death changed the course of Peggy’s life.