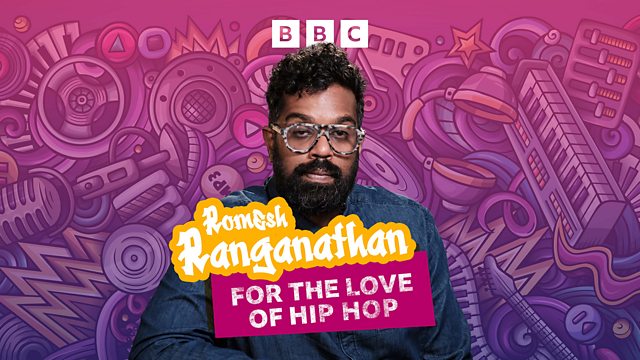 Romesh Ranganathan: For The Love of Hip Hop

Romesh Ranganathan brings his love, knowledge and passion of hip hop to BBC Radio 2. This week Romesh showcases some of the unlikely suspects involved in hip hop!

In episode 4, Romesh brings the series to a close as he tries to make you love hip hop just like he does!

He discusses the worldwide misuse of 50 Cent's - In Da Club and talks about all things backpack rap!

In each episode Romesh takes a deep dive into a hip hop topic, so tonight he explores the people involved in hip hop that you just might not have expected. From Texas to Daniel Radcliffe and a track from Rag'n'Bone Man like you've never heard him before.

And Romesh finishes off the series with huge tracks from Grandmaster Flash, Ice Cube, Coolio and 2Pac.

Episode 3: Songs that make you lose your mind!

See all episodes from Romesh Ranganathan: For The Love of Hip Hop