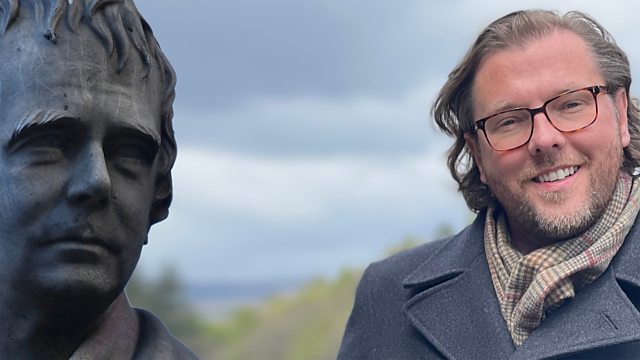 In Search of Sir Walter Scott

To mark the 250th anniversary of Sir Walter Scott's birth, author Damian Barr goes in search of the legacy of one of Scotland’s great historical figures, novelists and poets.

To mark the 250th anniversary of the birth of Sir Walter Scott, author Damian Barr goes in search of the legacy and lasting influence of one of Scotland’s great historical figures, novelists and poets.

From the huge Scott monument on Princes Street Edinburgh, to Smailholm Tower in the Borders, from Loch Katrine - the setting for his most famous poem - The Lady of the Lake - to Doune Castle, a setting which continues to inspire historical novelists to this day - Damian takes us on a personal journey to discover the truth about the man, his world and his work.

In Search of Sir Walter Scott reveals the long lasting influence of Scott and his writing, his political campaigning and his role in creating a version of Scotland we are still living with today.