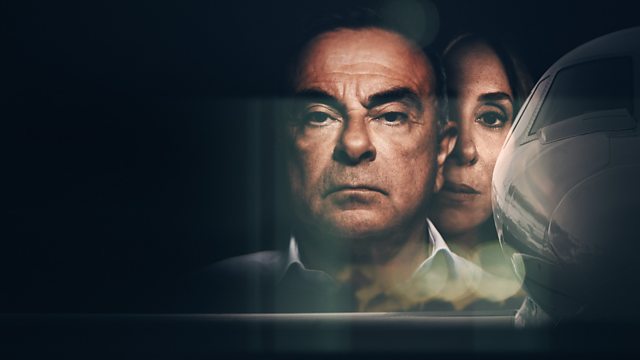 A Storyville documentary about the rise and fall of the former superstar CEO of Nissan, from celebrated industry leader to wanted fugitive.

In December 2019, Carlos Ghosn, former CEO of the Renault-Nissan Alliance, charged with financial crimes, stunned the world by fleeing Japan in a box supposedly containing a priceless cello. It was an audacious Hollywood-worthy escape. With exclusive access to Ghosn himself, this gripping Storyville documentary charts the rise and fall of a superstar CEO from celebrated industry leader to wanted fugitive, exploring themes of corporate greed, ruthlessness, vanity and racism.

Born in Brazil, raised in Lebanon and educated in France, Ghosn personified the globalised free-trade system he built his career on. He came to prominence in 1999, when he led one of the most improbable turnarounds in corporate history and saved Nissan from bankruptcy. The first businessman to serve simultaneously as CEO for two Fortune 500 companies, he attained a level of celebrity status in Japan seldom bestowed on chief executives. Fans asked for autographs, a comic book on his life became a best-seller, he was invited to talk shows, and other businessmen envied his success. But he was also representative of the bloated excesses of corporate CEOs. After his sudden arrest by Japanese authorities, his detractors painted a picture of a visionary leader turned despot who took advantage of his position of power for personal gain.