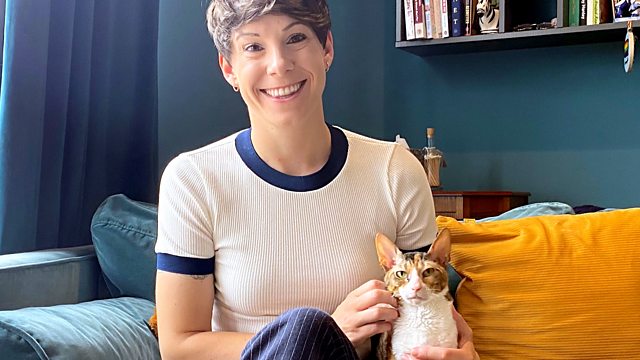 My Cat, The Judge

And her owner, ​comedian Suzi Ruffell, who adores her pet - but thinks she's been getting a tad tetchy since they started spending more time together during the past year's various lockdowns.

Is Suzi just projecting her own feelings onto an unsuspecting animal, or are those pointed stares a sign that Velma's passing frosty judgement on her owner's life choices?

Together, they embark on a journey of discovery to find out more about cat behaviour and cognition, the world of feline research and the bond between cats and humans.

And of course, to discover the answer to Suzi's burning question: is her cat judging her?

Featuring excerpts from:
- The ending of an episode of the television show 'Pointless', produced for the BBC by Remarkable Television with theme tune composed by Marc Sylvan;
- A video of Texas lawyer Rod Ponton appearing as a cat during a virtual court session, as shared online by Judge Roy Ferguson;
- A video of 'Barney the Cat' playing the keyboard, as shared on TikTok via @mars.gilmanov.