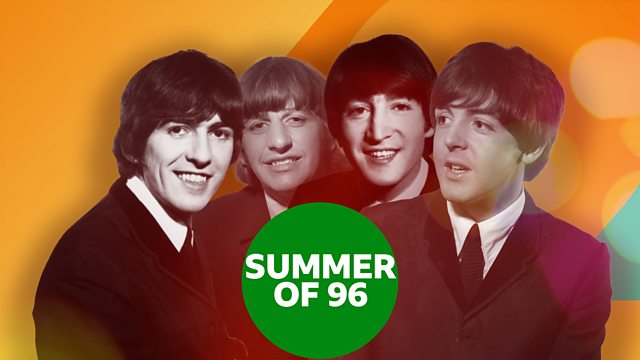 Geoff Lloyd looks back at the story of The Beatles Anthology , which saw the band sell more records in a single year than at any point since they’d broken up.

In a series of exclusive conversations, Geoff Lloyd looks back at the story of The Beatles Anthology , which saw the band sell more records in 1996 than at any point since they’d broken up.

25 years ago, The Beatles wrapped up their past and discovered a future.

In late 1995 & early 1996 the Anthology series – three double CDs and a multi-part TV documentary – came out, and as a result The Beatles sold more records in a single year that at any point since they broke up. To millions of younger fans they were – to all intents and purposes – a new band and a new generation of Beatle fans were born. Geoff Lloyd tells the story of the Anthology and talks to some of those new fans to discover why The Beatles became teen sensations all over again, 30 years after Beatlemania.

But that’s not all – the success of the Anthology kick started a whole legacy business for the music industry and with the advent of file sharing & digital downloads came the musical era of the eternal present: when everything is available all the time and the only thing that matters is - is it any good? So how do you buy into that if you’re a musician with a past – The Beatles have an obvious advantage, but what if you’re The Doors say, famously marketed under the headline “Young. Hot. Dead.” ? Or Janis Joplin? Or The Beach Boys? Or Motown?

And if you’re The Beatles, how do you service that huge audience you’ve suddenly gained?

See all episodes from Summer of 96