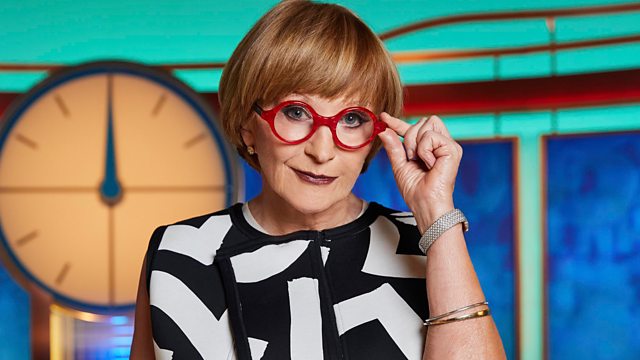 The presenter, journalist and “Queen of Mean”, Anne Robinson, is best known for her acerbic style of presenting on 'The Weakest Link'. In the 1960s she was the first young female trainee on the Daily Mail, worked at the Sunday Times and the Daily Mirror, and went on to host programmes from Points of View to Watchdog. Today Anne takes up the Countdown reins as the first female host of Channel 4’s longest running series. She will join numbers whizz, Rachel Riley and wordsmith, Susie Dent, to make a formidable female trio. She joins Chloe Tilley.

Last week the government voted down proposals to make it illegal to film or photograph someone breastfeeding without their consent. MP’s like Stella Creasy, who has experienced this herself when teenage boys took photos of her as she breast fed her baby while on a train, and the MP Jeff Smith, wanted to make an amendment to the Voyeurism Act of 2019 - more commonly known as the Up-skirting Act - which focused on making it illegal to take photos and films of the lower part of the body or ‘up a skirt’. This recent proposal is for a simple amendment to be made to the 2019 Act to include the upper body and so protect breastfeeding mums. In April this year Julia Cooper found a man taking photos of her as she breast fed her baby in the park.

When Gwen Strauss' aunt Hélène was in her 80's she nonchalantly mentioned at lunch that she had led a band of women in an escape from a Nazi death march, in the dying days of the war in Europe in 1945. The women were all members of the French Resistance, although two were Dutch and one Spanish. Gwen embarked on a search for these women, scouring France and Germany to track down their records, their families and their memories. Gwen – an award-winning children’s book author - has now painstakingly reconstructed what happened in her new book 'The Nine'.

The reality TV dating show Love Island is back on our screens. The show is undeniably popular and creates many water cooler moments, but what can it actually tell us about modern love and dating? We speak to journalist, podcaster, and author of new book 'Millennial Love', Olivia Petter and Nichi Hodgson, author of 'The Curious History of Dating', about how important the series might be in helping millennials and Gen Z find true love after lockdown.