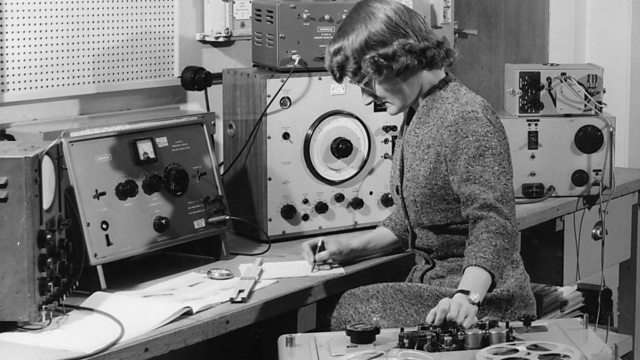 Elizabeth Alker describes how women composers from Pauline Oliveros to Anna Meredith have grasped the chance offered by electronic music to create a sound of their own.

While the history of electronic music includes many notable men whose stories have been frequently celebrated, the genre has also provided a space for a wide range of extraordinary women to create a musical room of their own.

Working with machines meant being able to sidestep many of the hurdles that stood in the way of women aspiring to a musical career, such as access to orchestras, commissions and concert halls, and an over-riding failure to be taken seriously by the male musical gate-keepers. Elizabeth Alker examines the connections between early pioneers such as Eliane Radigue and Daphne Oram (who gained access to studios thanks to the second world war), those musicians who followed in their immediate wake such as Suzanne Ciani and Laurie Spiegel, and today’s generation of female composers.

Anna Meredith, Holly Herndon, Afrodeutsche and JLin all speak with Elizabeth about their own work and the debt they owe their predecessors. Central to the story is the composer and academic Pauline Oliveros, who founded the San Francisco Tape Music Centre, and whose theories around deep-listening as a feminist act shape so much of the texture of the music created by the women and men who followed her.

This is music, Elizabeth argues, which has an emphasis on tone and texture. This lends it a particular quality making it both distinct from its male equivalent and also profoundly beautiful and rich.