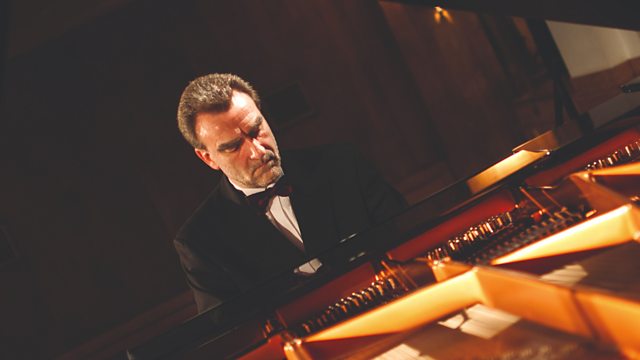 From the Royal Conservatoire of Scotland, pianist Jonathan Plowright performs towering works by Liszt and Tchaikovsky.

Pianist Jonathan Plowright opens his recital with Tchaikovsky’s piano cycle ‘The Seasons’ commissioned by the St Petersburg journal ‘Nuvellist’. It charts the changing months in musical form over the course of a year and Tchaikovsky was delighted with the task, writing to his commissioner that ‘at the moment I am very much in the mood for piano pieces’. Liszt’s Funerailles follows, taken from his cycle of ten piano pieces titled Harmonies Poetiques and particularly influenced by the Hungarian uprising of 1848-49.