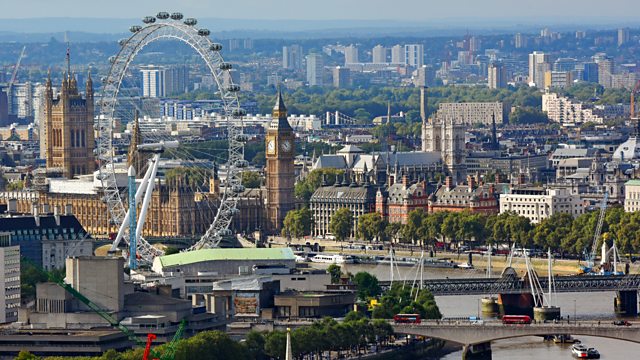 Stew, the name for brothels in London. A townhouse set to become luxury flats in the centre of Soho is the focus of the new novel Hot Stew from Fiona Mozley, who was shortlisted for the Booker Prize for her debut book Elmet. SI Martin founded the 500 Years of Black London walks nearly 20 years ago. In his novel Incomparable World he depicts a bustling eighteenth century London which offers a refuge for the many black Americans who fought for liberty on the side of the British. Plus pianist and composer Belle Chen on her six original new pieces exploring London - each composition with its genesis in a field recording in the city from both before and during the pandemic. They join architects Eric Parry and Alison Brooks and presenter Laurence Scott for a conversation about the development of London, as part of the London Festival of Architecture. Alison Brooks is one of the judges for this year's Davidson Prize Exhibition: A digital showcase of architects’ solutions to ways of living in a post-pandemic world. Eric Parry has been thinking about the changing city skyline.

Fiona Mozley's novel called Hot Stew is out now - as is Incomparable World by SI Martin - part of the Black Britain: Writing Back series of books chosen by Bernadine Evaristo for republishing.
You can find out more about the music of Belle Chen https://www.bellechen.com/