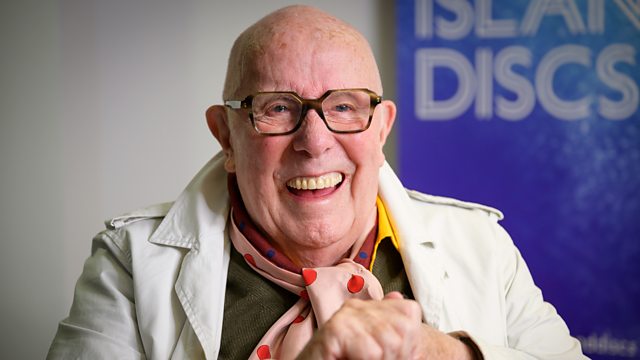 Richard Wilson, actor and director, shares the eight tracks, book and luxury item he would take with him if cast away to a desert island. With Lauren Laverne.

Richard Wilson is an actor and director who became a household name when he played the part of Victor Meldrew in the BBC sitcom One Foot in the Grave.

Richard was born in Greenock in Scotland in 1936. As a child he performed in amateur drama productions and harboured a secret desire to become an actor. He left school at 17 and trained as a laboratory technician at Stobhill Hospital in Glasgow.

Following National Service in Singapore, he moved to London and at the age of 27 successfully auditioned for a place at RADA. His first role was as a stonemason in Dr Finlay’s Casebook and he later reached a wider audience playing snooty Jeremy Parsons QC in the television series Crown Court.

Richard went on to carve out a successful theatre and television career as both an actor and director. He starred in the comedy Only When I Laugh and later in the series Tutti Frutti alongside Emma Thompson and Robbie Coltrane.

In 1990 he delighted audiences with his portrayal of the grumpy pensioner Victor Meldrew in One Foot in the Grave, with his catchphrase ‘I don’t believe it!’ – a phrase which has haunted Richard ever since. The series regularly attracted an audience of 17 million viewers and Richard won two BAFTAs for his performance.

Richard received an award for his outstanding contribution to film and television at the Scottish BAFTAs in 2013.