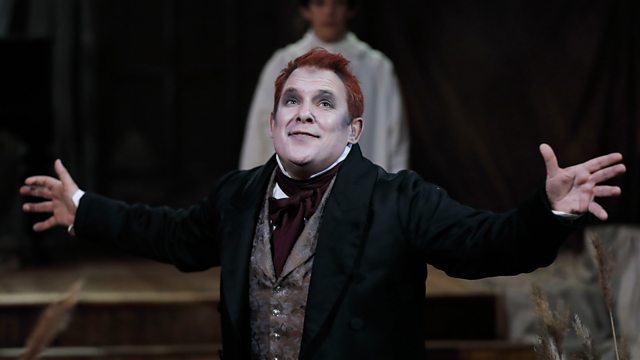 The Turn of the Screw

Benjamin Britten’s opera The Turn of the Screw, a chilling tale of a young governess at a country house, where ghostly encounters find her in a battle to save her wards from evil.

A film of the opera The Turn of the Screw by Benjamin Britten. A young governess arrives at an old house in the country to look after two orphans. What unfolds is a chilling tale as she experiences strange ghostly encounters with some of the previous occupants of the house and finds herself engaged in a battle to protect the children’s souls from evil.

Myfanwy Piper’s libretto of Henry James’s famous short story leaves much to our imagination and Britten’s score is haunting, terrifying and brilliant.

Shot on location at Wilton's Music Hall, London, the whole space of the venue, not just the stage, is used to tell the story.