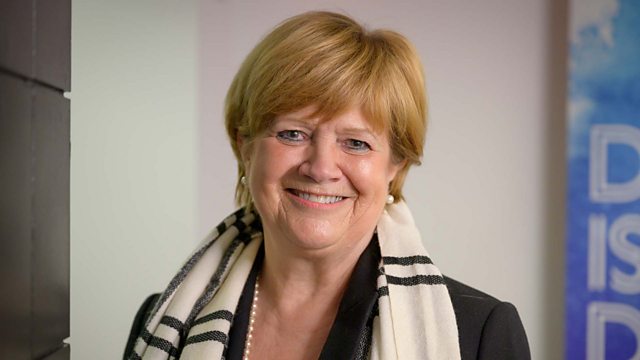 Heather Hallett, crossbench peer Baroness Hallett of Rye, shares the eight tracks, book and luxury she would take with her if cast away to a desert island. With Lauren Laverne.

Heather Hallett, Baroness Hallett of Rye, is a former judge and a cross-bench peer.

Heather was born in Eastleigh in Hampshire. Her father Hugh was a policeman who worked his way up to the rank of assistant chief constable. With each promotion the family moved house and Heather’s education was disrupted, leading her teachers to conclude that she was unlikely to secure a place at university. Heather proved them wrong and studied law at the University of Oxford.

In 2009 she acted as coroner at the inquest into the deaths of the 52 victims of the July 7th London bombings in 2005 and she has taken over the inquest of Dawn Sturgess who died in the Salisbury Novichok poisonings.

Heather retired as a judge in 2019 and currently sits as a life peer.