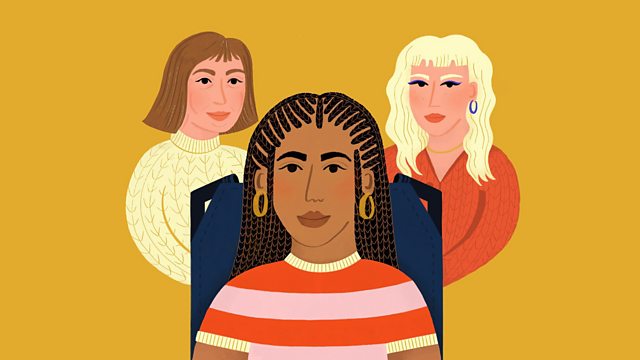 A year later, Dice is moving on, having shed the shame around her queerness, when she finds out Jazz is engaged to a man she met at university. And she wants Dice to come to the wedding. Dice and her mother make the long drive to the occasion, for a dramatic finale. Will Jazz go through with her vows?

The play, by new writer Leanne Allen tackles love and families, with a witty, warm touch. Her protagonist is a wheelchair user (like Leanne) but the drama is not about disability, it’s about love in the 21st century. Leanne first started writing in 2018 when she attended the Writing for Radio course at Moniack Mhor. Since then she has gone on to write for Naked Productions and Theatre of Debate. Connections was her first radio drama for community radio and BBC Radio 4, broadcast in 2020. Leanne's work with Theatre of Debate was part of the COVID And Me campaign by the National Institute for Health Research. The monologue was made public on the NIHR website in 9th July 2020 and shared widely across social media. Jazz and Dice is her first full length BBC Radio 4 commission.

Jazz and Dice is co-produced by Krishna Istha, a writer, comedian and performance artist making work about taboo or under-represented experiences of gender, race and sexual politics.

The Last of England

Mr Waring of the BBC